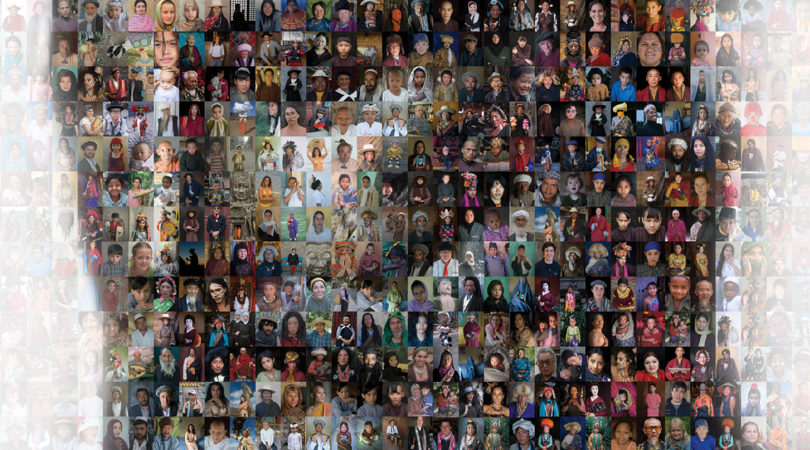 In his 1949 book, The Hero With A Thousand Faces, Joseph Campbell summarizes “The Hero’s Journey” in these words: “A hero ventures forth from the world of common day into a region of supernatural wonder: fabulous forces are there encountered and a decisive victory is won: the hero comes back from this mysterious adventure with the power to bestow boons on his fellow man.”

The future hero or heroine is leading a normal, not significantly happy and largely unadventurous life, with no expectation that adventures lie ahead.

Dorothy, in The Wizard of Oz, leads an ordinary life on the farm, with the inkling–though not the expectation–that a more extraordinary life exists “over the rainbow.”

Something–a threat, an injustice, a chance meeting, the appearance of heretofore unknown evil–disrupts the hero/heroine’s life and presents an invitation to restorative action.

Dorothy runs away from home to save her dog, Toto, from being taken by Almira Gulch. A tornado develops while she’s away, and she’s unable to get to safety in the storm cellar. The storm picks her up and deposits her in the land of Oz.

Initially–usually based on doubt, uncertainty, or fear–the hero refuses the call, which may lead to pain and suffering.

As the storm develops, Dorothy makes it back to the farmhouse, shouting desperately for her Auntie Em, before the house is lifted up inside the tornado.

Still focused on the Call, the hero encounters a “mentor”–someone with the wisdom, experience, skills, and/or interest in the hero’s success–to guide the hero forward.

When Dorothy lands in Oz, she meets the Good Witch, Glinda, who initially thinks that Dorothy is a great and powerful witch with special powers, because the house holding Dorothy that crashed to the ground killed the Wicked Witch of the East. Glinda gives Dorothy the witch’s ruby slippers, which have special powers that Dorothy does not yet understand. Glinda continues to appear during Dorothy’s journey to guide her.

The hero begins the adventure, crossing the threshold of the familiar world and the new world.

In Dorothy’s case, landing in Oz is the beginning of crossing the threshold into another world, and following the yellow brick road toward Oz takes her deeper into that world.

The hero faces an array of challenges that test abilities to survive and succeed. Facing each of these challenges, the hero acquires self-knowledge, and learns about the qualities and tactics of his allies and enemies.

As she travels, Dorothy encounters the Scarecrow, the Tin Woodman, and the Cowardly Lion, who become her friends and companions. She also encounters the Wicked Witch of the West, who is intent upon Dorothy’s destruction, and the Wizard of Oz, who says that he will grant her wish only if she brings him the witch’s broomstick.

The “inmost cave” is the location of the hero’s ultimate ordeal, a terrible threat, danger, or conflict. At this point, the hero contemplates the ordeal that lies ahead, and gathers courage and the resolution to continue.

Dorothy is captured by the witch and imprisoned in her castle, where she must choose between saving Toto (whom the witch wants to drown) and giving the witch her ruby slippers (which represent Dorothy’s personal power). When Toto escapes, Dorothy’s ordeal begins, as she watches the sands flow through an hourglass, symbolizing the last moments before she will be killed by the witch, and sees in the glass an image of her Auntie Em, who represents her desire for home.

The hero must draw upon all of his strength, knowledge, and wisdom to survive this ordeal. The victorious hero is able to claim the destiny or fulfillment that is the journey’s ultimate goal.

The Scarecrow, Tin Man, and Lion get into the witch’s castle, but are captured. When the Wicked Witch begins to set the Scarecrow on fire, Dorothy gathers all of her strength, courage, and determination, confronting the witch by dousing the scarecrow and the witch with a bucket of water, which dissolves the witch into a lifeless puddle.

By surviving the ordeal, the hero is transformed into someone with greater power and knowledge. That transformation is the hero’s reward.

Dorothy returns from the castle with the witch’s broomstick, which symbolizes the power that Dorothy has acquired. But she still does not fully understand the nature and extent of her new power and knowledge.

The Hero heads back home, but has been changed by the journey’s adventures and successes.

Dorothy believes that the Wizard’s hot air balloon is her way back to Kansas, but when she is distracted by Toto, the rising balloon leaves without her, and she is left temporarily discouraged.

The challenge or personal conflict that the hero has been battling has not been completely eliminated. This is the stage of the final battle or inner struggle, from which the hero emerges victorious.

Dorothy’s primary challenge has been to get back home. As the Wizard’s balloon departs, Glinda appears, to tell Dorothy that she had the power to get home all along: it was in the ruby slippers. Dorothy realizes that her journey has taught her a lesson about home that will now allow her to return with new wisdom:

Well, I — I think that it — that it wasn’t enough just to want to see Uncle Henry and Auntie Em — and it’s that — if I ever go looking for my heart’s desire again, I won’t look any further than my own backyard.  Dorothy realizes that she’s been searching for a home that she never really lost, because home is something she carries inside her.

The “elixir” is the new power and wisdom that the hero brings with him, which allows him to begin life anew.

Dorothy clicks her heels together, repeats “There’s no place like home,” and awakens in her bed in Kansas, surrounded by family and friends. She says to everyone, “I’m not going to leave here ever, ever again, because I love you all!” As many critics have noted, this is Dorothy’s realization that home is not merely a place, but also a condition that emanates from one’s inner being, a powerful sense of love and selfhood that we acquire through the challenges, mentors, friends, and enemies that populate our journey.