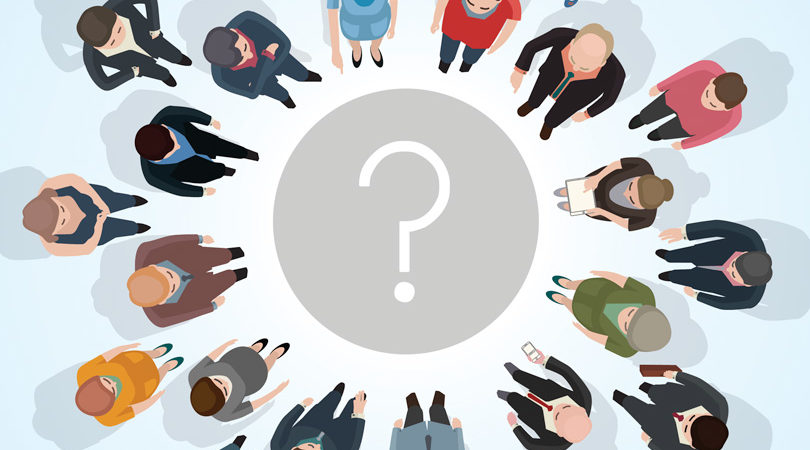 We’ve already discussed Frank Reagan’s (Tom Selleck) ability to find creative solutions to problems in our post called “The Creative Leader” (March 31, 2017). We saw there that Frank, who plays a New York Police Commissioner on Blue Bloods, was caught between his own tendency not to rock the boat and his wish to address what may be an unjust mandatory retirement policy for older officers. In the episode, called “A Deep Blue Goodbye,” senior officer Chief Travis Jackson (Isaiah Washington) argues that the mandatory retirement policy is a violation of his civil rights, and prompts Frank to imagine walking in the other man’s’ shoes. Frank recognizes that, as commissioner, he is not subject to the regulation. The typically by-the-book Frank is drawn in to Travis’ appeals, and engages in some self-evaluation. Franks recollects that he was educated by Jesuits and that he went from school directly into the Marines, and therefore has a lot of experience following commandments and commands.

Frank neither represses nor or ignores the personal and the emotional as he considers the best course of action to take; instead, he consults these elements of his own subjectivity. In this episode, as in others, he discusses the matter with his father, a former police commissioner, and with his family of law enforcement professionals (the “blue bloods” of the title). Though Frank is in touch with emotion and personal situatedness, he remains professional in Travis’ presence and demonstrates an ability to shift into non-attachment as he processes the matter. Frank shows us that non-attachment is not about notfeeling anything, but that it is a way of reflecting on problems and considering one’s options without being intent on forcing particular outcomes. He eventually decides to explore the matter of changing the forced retirement policy for future cases.

We think most viewers see Frank Reagan as a hero, but not because his life is on the line. Rather, we admire Frank because of the remarkable poise and equanimity with which he responds to each situation. (This is unlike his detective son, Danny Reagan, who often acts out of righteous emotion when he goes after the bad guys.) Though Frank does encounter significant challenges that affect other people’s lives and safety, he himself mostly remains behind the scenes, problem-solving in a state of even-tempered deliberation. Frank’s is a different kind of heroism, perhaps more in line with the sort we’ve been advocating: he understands the scope of human limitations and is often more a target of criticism than appreciation. Frank is a hero because of the noble subjectivity he brings to his professional life.

These days, Frank is a relatively rare breed on television due to the rise of the antihero. The antihero may have good intentions, a determination to make the world a better place, or—as in the case of Tony Soprano (James Gandolfini) and Ray Donovan (Liv Schreiber), an urgency to protect family–but is also fraught with psycho-emotional flaws and weaknesses, and/or distorted values. Notably, many television and film antiheroes hold leadership positions in law, medicine, and government. The Sinner’s keenly discerning and compassionate Detective Harry Ambrose (Bill Pullman) has a dark past that involved setting fire to the family home while his mentally-ill mother was in it, as well as a present-day sex fetish through which he plays out some of his inner pain. The Resident’s senior medical intern Conrad Hawkins (Matt Czuchry) is an admirable zealot for patient rights, yet his aggressive personality means he often flouts hospital rules and mores enough to have his more level-headed nurse practitioner girlfriend Nic (Emily VanCamp) questioning both his professionalism and their relationship. How to Get Away with Murder’s Annalise Keating (Viola Davis) and Damages’ Patty Hewes (Glenn Close) are both uncompromising attorneys with pronounced emotional instabilities. Earlier television antiheroes–for example racially insensitive detective Andy Sipowicz (Dennis Franz) on the long-running NYPD Blue–were more startling figures in the 1990s than they are today (though even now, Sipowicz’ struggles to keep stereotypical cultural and racial prejudice out of his investigations remains alarming).

In short, there are more than a few examples of those who periodically go a bit mentally dark. We may find ourselves rooting for these seriously flawed protagonists out of fascination with their strangeness and a sense that they are more complex, and therefore more “real” than a Frank Reagan. And while such characters may well accurately portray the sorts of psychological conditions and deformities that turn up in the human population, most of us just wouldn’t get away with it in our real-world jobs. In the corporate business or academic communities, antihero-style flaws will get you fired. Yet media influences the way in which we think about leadership, so exploring the trend of the antihero and the differences among TV protagonists is productive, if only to help us see how not to be, and to assess what versions of heroism/leadership our professional colleagues might be carrying around. We’ve noted that the commonplace narrative of the traditional hero saving the world (with all the ego and pride that this can entail) is not what we want to imitate, and now we’re saying that the antihero’s dark side is also clearly problematic as a model of leadership.

There is an additional arena in which the world of the antihero lacks verisimilitude: this has to do with the many plots that depict overlapping urgent crises and twists that demand near-impossible fanatical multi-tasking and, in many cases, would simply send any normal human into stress-related illness, if not utter mental breakdown. Chaos ensues on the season premiere episode of The Resident called “Storm Warning” when the Chastain Park Memorial Hospital medical team is plunged into darkness due to a power outage that occurs during a massive storm. Because premature newborn Mabel is already undergoing surgery for a heart deformity, the procedure must be continued with the use of compromised back-up generators. The baby’s father is suffering a seeming stroke (it turns out to be an allergic reaction to a protein bar). In other parts of the hospital, personnel can’t access patient information, and doctors and nurses have to make their best guesses as to who needs attention most. Conrad Hawkins, who in the normal hospital context often dashes from failing patient to failing patient, now finds himself doing battle with the hospital administration when he admits a boy bleeding from a gunshot wound into the overcrowded facility. Everyone soon learns that the power outage has not been caused by the storm, but by a hacker who, apparently, is someone inside the hospital!

Here, as elsewhere, characters face not just a single upheaval per episode, but multiple ordeals, both professional and personal. It used to be, and not so long ago, that plots demanding herculean exertions on the parts of characters were saved for season finales, but not so today: now, each episode aims to outdo the last with high-stakes drama. Conrad Hawkins’ even more current counterpart is hospital CEO Max Goodwin (Ryan Eggold) in New Amsterdam. Dr. Goodwin moves from medical challenge to challenge while suffering from malignant throat cancer and trying to win back his estranged wife as she struggles with a high risk, life-threatening pregnancy. In sum, the fanatically accomplished, multi-tasking anti-hero/leader teaches us that success requires deep and unrelenting engagement in a supremely taxing, berserk world.

While the polar opposite of non-attachment–the feverish antihero–makes for good drama on television (no wonder cop, legal, and medical shows are so ubiquitous), it does not make for good models of leadership. We call our ideal the bliss hero, or to do away with the word hero altogether we would say the bliss leader.

With the following brief descriptions of the traditional hero, antihero, and bliss leader in mind, send us a comment that touches upon characters from TV and/or film:

Traditional Hero: According to Joseph Campbell in The Hero with a Thousand Faces, “A hero ventures forth from the world of common day into a region of supernatural wonder: fabulous forces are there encountered and a decisive victory is won: the hero comes back from this mysterious adventure with the power to bestow boons on his fellow man.” The traditional hero’s journey includes a figurative death and resurrection, and saving-the-world themes are not uncommon.

Antihero: An antihero is a conspicuously flawed protagonist. S/he may take right action, but be compromised by self-interest, ethical/moral blind spots, or personal weaknesses (possibly rooted in a painful past).

Bliss Leader: In addition to a capacity for non-attachment, we refer to the qualities cited in our 4 basic premises: