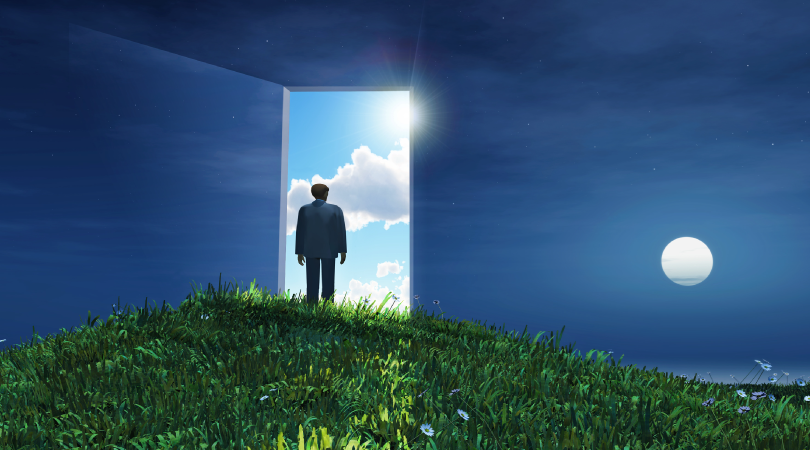 We’ve already indicated that it’s important not to confuse non-attachment with such attitudes as insensitivity or numbness. Revisiting In the Line of Fire (see Michael Caldwell’s 1/22/19 comment), we would point out that Dylan McDermott’s character, Agent Al D’Andrea, is nearly killed by members of a counterfeiting gang that he and Agent Frank Horrigan are working with undercover. When the gang figures out that D’Andrea is not one of them, they torture him and then tell Horrigan to shoot him. Horrigan pretends to comply, but turns the tables on the gang, subdues them, and saves D’Andrea. However, the experience leaves D’Andrea severely traumatized, having nightmares, and considering retirement. Horrigan encourages him to shake it off, but he can’t, and in an encounter with the murderous Mitch Leary (John Malkovich), a shaky D’Andrea is shot and killed. The D’Andrea character is an uncommon look at the sort of actual toll heroic theatrics would take on a person’s life, and the film deserves to be commended for its honesty (though we should remember that the tougher Eastwood is still the film’s hero).

The seriousness of PTSD depicted in this film reminds us that traditional heroic portrayals of leadership often don’t fully acknowledge the psycho-emotional toll that some crises can take. One of the most acclaimed television portrayals of leadership, The West Wing, does not shrink from portraying its political leaders’ weaknesses and psycho-emotional wounds, and does not feature an uncomplicated “bounce-back” model of leadership. During the first two episodes of season 2, the show cuts back and forth between the early days of Josiah Bartlet’s (Martin Sheen) presidential campaign, and an assassination attempt more than a year into the Bartlet administration that leaves Deputy Chief of Staff Josh Lyman (Bradley Whitford) critically wounded. During the early campaign days, we see candidate Bartlet as someone who often says, “What’s Next?”words that, according to his wife, signal to his team that it’s time to move on from whatever he finds momentarily overwhelming.

The “What’s Next?” persona may portray Bartlet as decisive and as a quick study, and we are drawn to admire these qualities. When Lyman finally awakes from a long coma following his shooting, his first words—whispered to Bartlet–are “What’s next?” and he is portrayed throughout his recuperation as engaged, energetic, and impatient with not being cleared for full-time duty. We begin to think that The West Wing pitches Lyman as admirable because he appears to bounce back, moving past the pain and the trauma with powerful dedication. In reality though, the trauma of nearly suffering a violent death would be hard to repress (as we learn in D’Andrea’s case), and The West Wing doesn’t disagree with that assessment, since, in a subsequent episode, Lyman is indeed seen to suffer from PTSD.

In “Noel,” (episode 10 from season 2 of The West Wing, Josh Lyman is called into a meeting with Stanley Keyworth (Adam Arkin), a psychotherapist from the American Trauma Victims Association. After some considerable resistance, Josh begins to realize that his behavior in recent weeks (unwarranted tirades, even one directed at the President; interior pain and anguish at a Christmas concert; putting his hand through a glass window) take place because he is reliving the shooting. Dr. Keyworth tells Josh that he is suffering from post-traumatic stress disorder, and that the goal is to “remember the shooting without reliving it” (the relived trauma is in this case triggered by Christmas music, which Josh hears as the sirens that were blaring on the night of the shooting). Josh’s physical wounds may have healed, but mentally he remains injured. And acknowledging his woundedness is the first crucial step back to health.

Josh’s boss, Chief of Staff Leo McGarry (John Spencer), is himself a recovering alcoholic, who, at the end of the day, tells Josh a story about a man who finds himself in a deep hole, calls out to a friend for help, and is amazed that the friend promptly jumps into the hole. “Now we’re both in here,” he says to the friend, who responds, “Yes, but I’ve been in here before, and I know the way out.”

As we’ve indicated, traditional heroism is often characterized by the ability to bounce back quickly, even from life-and-death situations. Traditionally heroic characters display the ability to endure a massive number of emotional and physical traumas, and yet remain psychologically whole. But Josh’s insistence on having bounced back, while his inner self remains fragile and easily triggered into trauma, calls bounce-back leadership into question. So, we are not recommending non-attachment as a route to avoiding dealing with one’s own traumas. We’ve defined non-attachment as the ability to not insist on particular outcomes in the more ordinary landscape of professional leadership. Our point has been precisely that the bliss leader does not need to feed his/her ego by being tested in battles to save the planet or even lives. And yet, serious problems can and do of course arise, and non-attachment serves leaders well even in those situations in which clear-headedness is all the more crucial. Non-attachment is about both caring and allowing in the same instant. We’re not talking about becoming robotic, but determined to not let one’s own ego needs create even more challenging situations.

Again, it is a mindset utilized in order both to protect the leader’s psyche and to encourage the best outcomes to occur. For the bliss leader, non-attachment, with the intention of causing a good result in keeping with his/her value system is preferred over being blinded by an egoic demand that the world comply perfectly with his/her wishes.

In other words, the bliss leader does not need life-or-death crises to prove his/her worth. A lot of bliss leadership is responding well to the disagreement of colleagues, determining how much to compromise to get something done, remaining constructive and optimistic in the face of obstacles, finding the mental space to unwind, getting a decent night’s sleep, etc. But the acknowledgment of In the Line of Fire of the realities of PTSD does make our point that the costs of traditional heroism are not often portrayed in the media. In our world, remaining calm, focused on one’s values, and open to seeing what develops is a good response to most of the kinds of challenges that we face, but recognizing the point when you’re in a deep hole and need a friend is pretty important too.