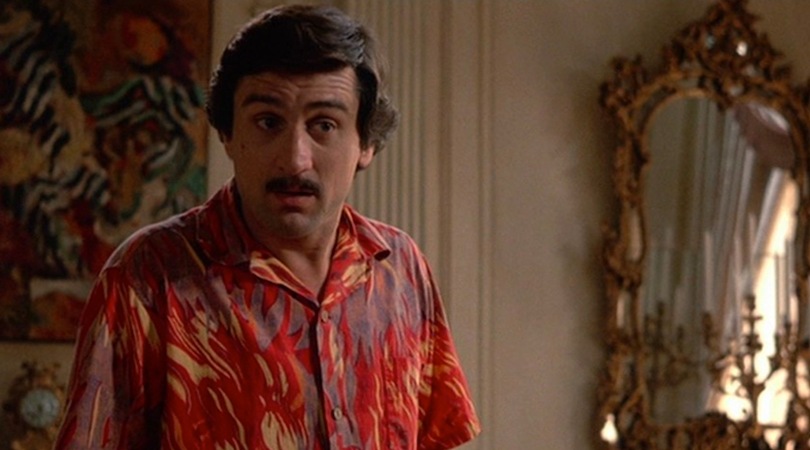 Over the last several installments, we’ve been fleshing out the virtues of non-attachment and setting up this stance as alternative to both the traditional hero and modern antihero.  We’d like to note now that the antihero set the stage for contemporary reality TV, in which the featured players win our attention by behaving badly. What we so marveled at in the case of Tony Soprano was the odd-seeming co-existence in one person of cold-blooded murdering and tender-hearted nurturing of the family  unit. We’d seen such complexity before–in The Godfather franchise and the like–but Tony Soprano’s non-glamorous ordinariness somehow made his case especially fascinating. We became more prepared than ever to forgive the killer so that we could love the dad.

On today’s reality TV, cast members are paid to let their flaws and misdemeanors hang out in unrestricted display. Take the highly-successful, ever-expanding franchise of The Real Housewives (what started out in Orange County has now extended its reach to New York, Atlanta, New Jersey, Washington DC, Beverly Hills, Miami, Potomac, and Dallas, in that order, and that’s only the US version, since the franchise now includes Athens, Vancouver, Melbourne, Cheshire, Auckland, Sydney, Toronto, Hungary, South Africa, and Bangkok): gossip, name-calling, feuding, raunchy sex talk, drunken meltdowns, tears of self-pity, cursing, rages, back-biting, bragging, and lying, among other indiscretions and failings, comprise each episode. Celebrity behavior that, even in far subtler form, would have been unthinkable to feature on television now catapults these people to a fallen kind of stardom of which we apparently cannot get enough. Allowing ourselves to be more flawed and human is one thing, but this sort of reality television simply fetishizes deliberately curated misbehavior. And it may not be too bold to assert that it paved the way for the current political scene in which we now wretchedly find ourselves. We used to get punished for behaving badly and, though some people still do, many get rewarded for it.

We’re reminded of Director Martin Scorsese’s 1982 film, The King of Comedy, which stars Robert DeNiro as Rupert Pupkin, whose fanatical dream is to become a hyper-successful comedian, and outclass his idol, late night talk show host Jerry Langford (Jerry Lewis). After numerous aggressive efforts to get an audition fail, Pupkin kidnaps Langford and conditions his release on Pupkin doing a monologue on Langford’s show (while Langford is bound and gagged at an undisclosed location). Pupkin appears on the show, his jokes get some laughs and applause, and he goes to prison. There, he writes a best-selling book about his experience and once released, becomes the star of his own television show, and is widely regarded as, indeed, the king of comedy.  This movie fell flat at the box office in 1982, but is now seen as a harbinger of things to come. In 2017, Christopher John Stephens wrote that today, “in an era when the only thing needed to garner attention is an ability to appeal to base cruelty and stupidity on social media, it’s clear that Rupert Pupkin’s success will be repeated over and over again in modern society.” Brash insults and aggressive egotism are rampant in 21st century celebrity culture and reality television, where hostility and backbiting are elemental to shows such as Real Housewives and so many others that create stables of minor stars whose defining talent appears to be shameless displays of ego.

Obviously, the bliss leader would not fall into the trap of thinking that it’s somehow cool to emulate such free-for-all demonstrations of ego just because it happens to be a trend.