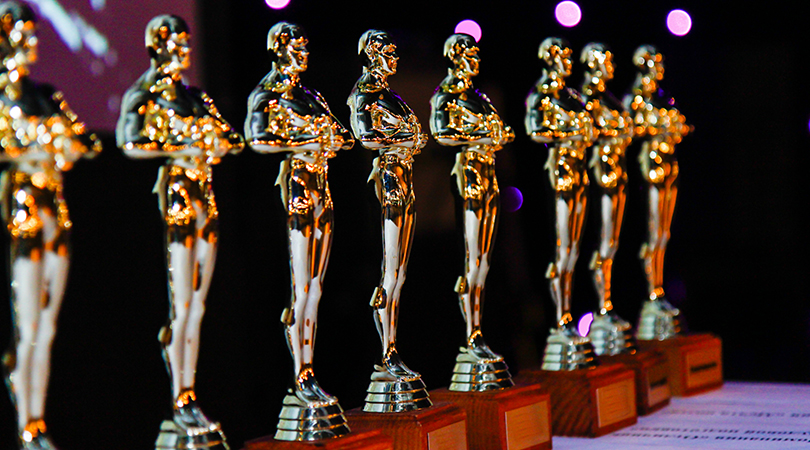 One of the problems with the concept of heroism is its appeal to the ego’s need to stand out from the crowd, to be head and shoulders above the rest, to feel special.  The drive to stand out is of course a natural human occurrence and perhaps a human need. ”Exist” comes from the Latin “existere,” to “step out.” Your conception and birth were a coming out of formlessness into form. And so, existence itself would seem to require your coming into relief against a backdrop of other forms. The drive to exist or stand out can, however, lead to certain problematic ways of thinking and behaving. Thus, the trick for the bliss leader is to stand out only to the appropriate extent and in only the right ways. Clearly, ego driven impulses to stand out are not recommended. Finding the right balance can be tricky in a largely ego-driven world. But that is your work as an ethical leader, and as one who sees his or her work as partly “spiritual.”

To deepen this discussion, let’s take a look at the omnipresent cultural phenomenon known as the awards show. Each year, TV and film actors in the U.S. receive recognition for their work from the Academy of Motion Picture Arts and Sciences (Academy Awards or  Oscars), Hollywood Foreign Press Association (Golden Globes), Screen Actors Guild (SAG Awards), Academy of Television Arts & Sciences/National Academy of Television Arts & Sciences/ International Academy of Television Arts & Sciences (Emmy Awards), American Theater Wing/Broadway League (Tony Awards), and Proctor & Gamble Productions (People’s Choice Awards), among others. It’s fascinating that the people on earth leading the professional lives that we all think are the most fun and awesome are those who receive the most awards! At the 2010 Golden Globe Awards, Ricky Gervais had a laugh–at the expense of actors–over both their self-importance and celluloid bravado:

It is an honor to be here in a room full of what I consider to be the most important people on the planet: actors. They’re just better than ordinary people, aren’t they? We all know that. Imagine a world without actors…You couldn’t replace them with any other profession. Lawyers or doctors: can you imagine a real surgeon doing what Hugh Laurie does in House?…How could you replace Kiefer Sutherland in 24? I’d love to see a real anti-terrorist agent trying to defuse a bomb in a busy train station in one hour. Some of those scenes by the way where Kiefer grabs someone and beats him to a pulp, they weren’t even in the script. But actors aren’t loved just here in Hollywood. They are loved the world over, because they’re recognizable. You could be in the third world and you get a glimpse of a Hollywood star and you feel better.

Humor aside: The 2020 Academy Awards provided a nice moment in which heroism was cited in a context of uber-standoutism. Upon accepting the 2020 Academy Award for Best Actress in a Leading Role for her portrayal of Judy Garland in Judy, Renée Zellweger spoke of the significance of heroism:

I have to say that this past year of conversations celebrating Judy Garland across genders and … I’m sorry, it’s across generations and across cultures has been a really cool reminder that our heroes unite us. No, the best among us who inspire us to find the best in ourselves. They unite us. When we look to our heroes, we agree, and that matters. Neil Armstrong, Sally Ride, Dolores Huerta, Venus and Serena and Selena, Bob Dylan, Scorsese, Fred Rogers, Harriet Tubman. We agree on our teachers, and we agree on our courageous men and women in uniform who serve. We agree on our first responders and firefighters. When we celebrate our heroes, we’re reminded of who we are as one people united.
. . . Judy Garland did not receive this honor in her time. I am certain that this moment is an extension of the celebration of her legacy that began on our film set. It’s also representative of the fact that her legacy of unique exceptionalism and inclusivity and generosity of spirit, it transcends any one artistic achievement. Miss Garland, you are certainly among the heroes who unite and define us, and this is certainly for you.

This speech can only add to the wistfulness and sadness that award shows may bring out in some of us, as we wonder whether we’re fulfilling our life’s purpose or seizing all the joy life has to offer. The people Zellweger mentions are of course admirable, and far be it from us to begrudge them their recognition or fame. But wanting such celebration/recognition for ourselves can lead not only to private regrets, but worse, outer actions that don’t serve us or anyone else.

The day before Zellweger’s speech, Bill was introduced at the opening of an art exhibition as a “warrior for the arts.”  He was temporarily exhilarated.  But after luxuriating in the sheer conceit of seeing himself as a triumphant warrior, he realized he’d much rather be a “dedicated advocate” for the arts and the artists who comprise it, rather than a warrior.

Were the people mentioned by Zellweger acting out of ego or other questionable motives? Well, we will never really know, but likely not. This recognition prompts us to propose another concept will call the “accidental hero”.  Movies and TV shows are full of accidental heroes, ordinary men and women who have no intention of being heroic or standing out in any way nonetheless find themselves called upon to do something courageous, to find their mettle in response to a challenging situation.

As a leader, you may in fact be called upon to do something courageous and selfless, something that has a massive positive benefit to the world. But our point is that we don’t want you to go looking for such an opportunity. In our view, the real heroism that you were called upon to enact involves far more ordinary, mundane, and perhaps at times even tedious sorts of tasks and actions than those typically thought of when the word hero comes to our minds.

We’re reminded that in 1841, British historian and philosopher Thomas Carlyle published On Heroes, Hero-Worship, and the Heroic in History, setting forth a theory of “heroic leadership,” which proposed that great heroes make great leaders.  In the modern age, this theory became focused on the hero as a kind of warrior.  This sort of hero is epitomized by Winston Churchill’s famous declaration that great leaders should “never give in,” which helped establish the common assumption that

Zellweger’s speech is a reminder that–as we have said repeatedly–television and film often present us with influential conceptions of heroism and heroic leadership (her speech was a viral hit on social media). Notably, the pantheon of heroes that Zellweger presents is radically more diverse than Carlyle’s–his heroic leaders included Dante, Shakespeare, Martin Luther, Samuel Johnson, Oliver Cromwell, and Napoleon.

Zellweger’s list, by and large, maintains the “never give in” concept of heroism, and by extension, heroic leadership.  Most of the individuals and groups that she names represent triumph over formidable opponents or dangers or incredible challenges and reinforce the traditional features of leadership enumerated above. The Bliss Leader, by contrast, is often quiet, thoughtful, and encouraging, and more interested in being inclusive and finding beneficial solutions than in being a “standout.”

To summarize: we have over the months been developing an alternative view of leadership, proposing that “effective and rewarding leadership is a fluid activity that requires flexibility, goodwill, and the realization that perfect solutions or strategies are impossible to achieve. Effective leaders, what we call Bliss Leaders, are energized by the challenge of navigating through an imperfect world, are not driven by ego, and are happy in their roles.”