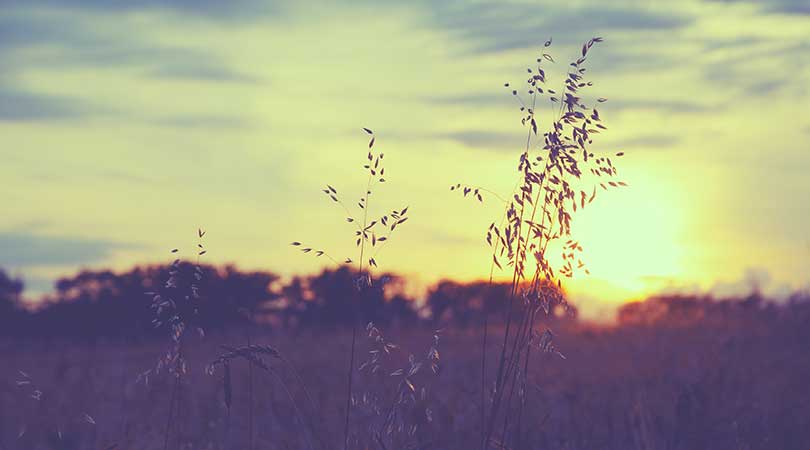 We’ve spilled a good deal of ink on the value of non-attachment in previous blog entries. To repeat, non-attachment is the ability to yield control over outcomes, and it is a core teaching in our effort to define a non-heroic, peaceful, harmonious, and more rewarding form of leadership. Non-attachment is an essential ingredient in the recipe for approaching problems with an active or operational parasympathetic (calming) nervous system. We’d like now–in a cultural, social, and professional context that could hardly be more disturbing and distressing–to propose further recommendations concerning the relationship between the outer world and the leader’s inner life.

A problem for leaders always is that they face a near-constant barrage of problems that make a relaxed, open, and receptive inner state very difficult, if not impossible to maintain. As Gayatri Devi, M.D. says in A Calm Brain,modern people in general experience “protracted periods of predominantly sympathetic energizing activity without any intervening restorative calming parasympathetic activity” (chapter 2). If this is true for people in general, how much truer it must be for those in leadership roles, particularly those in senior positions. In other words, for the “heroic” leader always focused on control, the sympathetic nervous system is always in overdrive. This sort of leader is not very practiced at being in parasympathetic, or relaxation and recovery, mode.

When we spend too much time in states of stressful arousal, we train our brains to be less able to go into parasympathetic mode, even when we find ourselves in calm contexts. We are unable to shut down the sympathetic response to life because our typical controlling behaviors have changed the physiology of the brain. The only fix is to begin to activate the relaxation response by spending more time quieting the mind and body.  This way, you’ll be better able to do the seemingly impossible: to learn to remain relaxed, placid, tranquil, serene, open, and receptive as problems arise.

As we’ve noted, non-attachment is largely characterized by the ability to allow outcomes to unfold as they will, even as one intervenes in ways intended to bring about the best outcome possible. For Eckhart Tolle, as for us, non-attachment is less about what specific action one takes (though non-attachment guides one toward the best action) than about the quality of consciousness with which one takes the action. Tolle gives the example of asking a server in a restaurant to heat up your soup. Either you complain mentally about the fact that your soup is cold and express disapproval through a sour tone of voice, or you say to yourself, “The soup could be warmer. Oh well, these things happen,” and then you kindly ask the server to warm it up. Of course, such a response shouldn’t come from suppressing anger or pretending to be nice when you’re actually angry. It’s about being fine with the fact that these things happen (since the world is not a perfect place), wanting to be part of helping the server to have a good day, and genuinely not minding having to wait for the soup to be warmed up. You can, after all, spend the time thinking about how great it is that you’re enjoying a meal in a restaurant where someone is waiting on you, or you can enjoy really listening to your tablemate, taking in the ambiance, or watching people.

Now, cold soup is a homely and benign example. We’re aware that your life, especially as a leader, is full of far greater irritants and challenges. But it doesn’t really matter how high the stakes are because our point here is to suggest that no matter the circumstances, non-attachment is always the best policy. Tolle speaks of running to catch a train. You can run without hurrying, if by hurrying we mean anxious rushing. The speed of the run can be just as accelerated even as your inner state is not frantic. In the same vein, you can guard against a virus, advocate for social justice, or save another person’s life just as well in a state of non-attachment as in a state of fear, rage or panic. Non-attachment is better for your mental health and, we would argue, for the likelihood of the best possible outcome.

Ok, that said, we’d like to provide an entertaining example of people who do not practice non-attachment when it comes to the prospect of inheriting money and power from their father’s business empire. The popular HBO series Succession (recently nominated for 12 Emmys) is about a media dynasty family whose younger members constantly scheme to compel the family fortune and influence into their possession.

In episode 1 of the first season, we meet the Roy family (“Roy” is the Norman word for “King” and an implicit abbreviation of “Royal”), whose patriarch, Logan (played by Brian Cox), is the CEO of a worldwide media corporation. It’s Logan’s 80th birthday, and the question thick in the air is which of his three children (Kendall, Shiv, or Roman–played by Jeremy Strong, Sarah Snook, and Kieran Culkin) will succeed him, a question that becomes particularly pertinent when Logan is rushed to the hospital during the celebration.

Though the expectation has been that the successor would be Kendall, Logan’s eldest, Logan’s illness appears to throw everything into uncertainty. To everyone’s surprise, Logan recovers and–in every episode of the first two seasons–the future successor remains an open question. Kendall initiates an attempt to take over the corporation through re-alignment of voting board members and a no-confidence vote, which fails, partly because Roman self-interestedly declines to follow through with the plan he and Kendall had concocted. Logan tells his daughter Shiv that she’ll succeed him, then coyly withdraws the offer. Everyone maintains the lifestyle and accoutrements of the rich, but at the same time, the maladies experienced by the Roy family members and everyone else vying for control include anxiety, addiction, relationship failure, paranoia, and other personality disorders. After Rhea Jarrell, an outsider, is offered the position of CEO by Logan, she reflects for a few hours and decides she doesn’t want to be CEO of a “dumpster fire pirate death ship.” Succession is all about a partly conditioned, partly self-imposed epidemic of avariciousness, deceit, lovelessness, and psychic pain.

Non-attachment, which opposes the ego, is the antidote for such disorder.