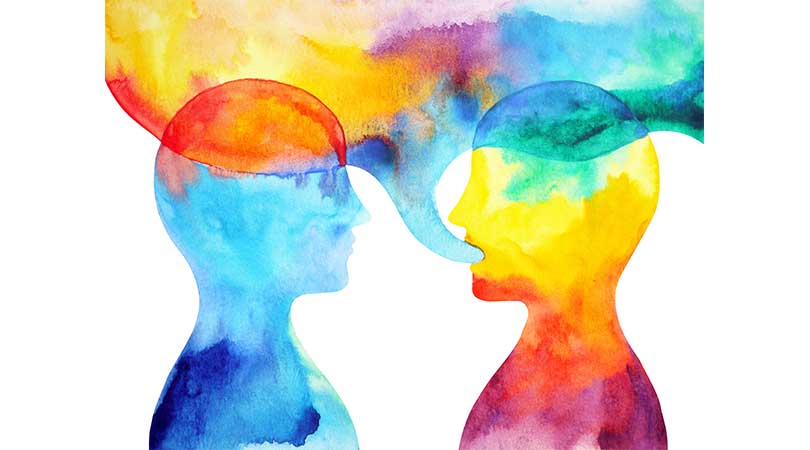 In response to our August 6, 2020 blog called, Calm Amidst the Covid Crisis + an Amusing TV Distraction,” Anonymous asks this significant question:

How does blissful leadership look, though, in the face of constant attacks and demands? It is easy to be non-attached in the theoretical, but what about when, say, a leader is regularly confronted and challenges by decisions s/he has made (i.e. the Dean of Ethnic Studies).  How does one remain resolute in one’s decision while at the same time, ensuring that all sides have been heard?

This is an important consideration, and very timely too, given that it is being asked on the same day that Michelle Obama announced that she’s been suffering from low-grade depression. That same day, CNN invited Michael Phelps, who’s now the spokesperson for talkspace online therapy, to comment on the various mental health challenges that people are facing in the current context. As both Obama and Phelps know, talking to a therapist and/or supporter can be essential when one encounters “attacks and demands” that feel overwhelming. Of course, we want to acknowledge that “bliss” is an ideal to aim for and a shorthand way of saying reach for a better-feeling inner state. We aware that disruptions of that mode of being will regularly occur (as we’ve noted in several earlier posts). Sometimes, getting through a particular challenge will truly seem heroic.

We remind you here that every challenge you face contributes to your evolution as a leader and as an individual. Spiritual folks like to say that difficult people are our greatest teachers. That said, we’re glad for the opportunity to add that the only way to take something out of the theoretical and into the practical is to practice it (practice in the sense here of seeing it a daily exercise/habit). Do you take time to go within and work on your inner state through mindfulness?

1. Allowing the attacks and demands to be as they are is the first step. They’re already happening. Fighting against their reality is anxiety-producing. You know that no matter what choice you make, there will be dissenters. That is the stuff of being a leader. It has to be okay to not be approved of universally. We’ve discussed this, along with offering an exercise, in our October 2, 2018 entry that introduces the concept of non-attachment:

Imagine having an interaction with someone (even with a difficult person) and being free throughout the exchange of any agenda or needs of your own. The person is talking, and you hear every word, and understand perfectly what this person wants you to understand, and yet you have no investment in what the other person thinks of you nor even in whether or not this person gets what s/he wants. You may even like, love, or otherwise care about this person. Yet it’s as if your own ego is not in play. It’s simply a matter of assessing the person’s interest and deciding what best action to take in the scene. You can even disagree with or say no to this person because what s/he wants you to do is not appropriate or not in anyone’s best interests. There’s no fear in you, no defensiveness, no urgency to have things go a certain way, none of that. Instead, you feel relaxed and peaceful about it all.

You’re not acting detached; the person feels just the opposite: that you’re actually listening better than ever before and are perfectly receptive to allowing her/his agenda to be as it is. Whatever this person wants or feels is perfectly fine with you. And you will be responsive, either agreeing to this person’s point of view or request, or not. S/he will get an answer. You are making a well-considered decision, but right now you’re listening in a state of non-attachment rather than angst. And you’re fine with whichever way it goes. If the person is happy with your encounter, great. If not, that’s ok too. This example presumes that you as the leader are well-intentioned, well-informed, and ethical. You’re not indifferent; you care, and you want the best outcome. You also know that you may not be able to please this other person, and what you want to feel most is the peace and calm within you. You’re resting in yourself, resting within. If the person leaves the encounter unhappy, s/he may go on to make trouble about it, and you can be ok with this possibility too. So, just imagine this person talking, and yourself listening while in this peaceful, allowing, objective, impersonal frame of mind.

If, in the middle of such an encounter with a difficult person, you feel tension come up in yourself, which is perfectly normal and human, you don’t repress or suppress the tension. You want to use the tension, to notice that you’re going to the place of fear, and angst, and anxiety, and then simply remember that it’s better to rest within while you continue to listen and be as much as possible right then in a state of nonattachment. Because the call for non-attachment is often cued by bad-feeling emotion, it’s a good idea to set up a kind of mantra to say to yourself when facing the sort of difficulty that would normally trigger them. A great initial response to trouble might be, This is an opportunity for me to practice non-attachment. Or, another way to say it might be, This is my opportunity to practice “bliss.” Eckhart Tolle says ask yourself periodically, What is the quality of my consciousness at this moment? Such questions put you in touch with your inner state and allow you to make whatever adjustment better serves you, the situation, and your conversant. You want to have a practice in which you remind yourself of the things you need to do internally to keep yourself in a healthier place. As you compare non-attachment to other times, when you’ve been triggered emotionally at the level of the ego, feeling irritation, frustration, fear, etc., this feels like bliss. What a relief!

In order to be in bliss mode more often, you want to practice engaging this sort of orientation so that you are not experiencing the stress and anxiety you would otherwise endure. As a senior administrator, Bill knows that you do naturally begin to cultivate this kind of non-attachment the longer you’re in the job, and the more you have things thrown at you and live through. Many times, over the course of his administrative career, he’s looked back and thought, I could have handled that, and done all the same things, but with less stress and anxiety. We’re hoping to get you to this sort of realization at an earlier stage in your career, so that you’re cultivating and practicing it, and benefitting from the ability. It’s about saving your nerves.

When you make any decision, you want to do it in a state of non-attachment rather than angst. You may need to consult with other people, sleep on it, or take it through some other process. Finding non-attachment is a constant dynamic process. An issue may arise that throws you out of alignment with non-attachment, causing you to lose sleep or and become overly emotionally involved. And you notice the new tension and remind yourself to allow the situation to be as it is, even as you determine the best course of action to take. Equilibrium comes and goes; you have it, you lose it, you find it again. What we’re advocating here is that leaders give themselves permission to protect themselves mentally and emotionally, by asking themselves such questions as, Am I trying to over-control the outcome here? Getting too involved with what eventuates, mentally or practically, than is wise for any number of reasons? None of us is in one constant state of being. But non-attachment is something that you want to have more and more available in your repertoire. Because you’re aware of the option, and are practiced at creating it, you find yourself far more often in a state of inner equilibrium and peace. That’s the whole point here.

2. Revisit your decision. Is it still the right one? If so, everything said above is relevant. If not, make adjustments. Note: Look within and be vigilant about not responding to fear or exhaustion. When the issue is eventually resolved, you will feel good about yourself knowing how well you managed to do this, and your nerves will have been saved along the way.

Note: Much more can be said, and this response is by no means an exhaustive look at the situation. It is, however, a huge chunk of the matter.