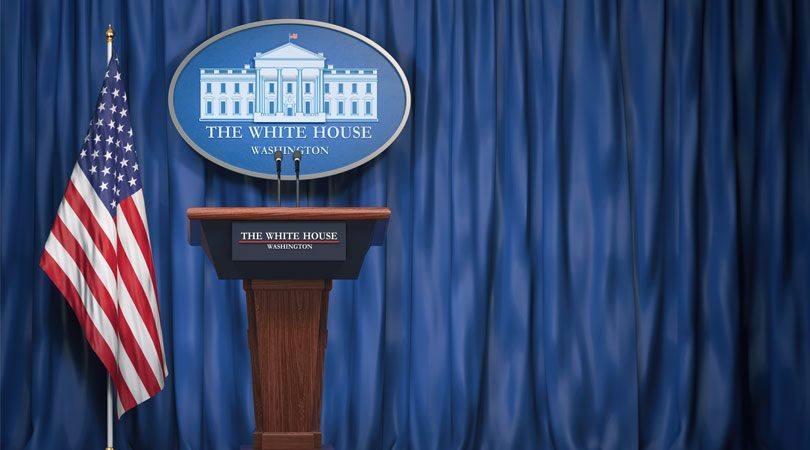 These days, we get many of our leadership lessons from cable news, where the correspondents often present themselves as leaders of public opinion, and–during the last four years–have been instrumental in shaping evolving opinions of political leadership. Just before Thanksgiving, CNN’s Pamela Brown began weeping as she listened to a young woman tell of her parents’ tragic death from COVID 19, and Brown shared some of her own grief at the recent death of her mother, Phyllis George. At the same time, CNN and MSNBC documentaries about Joe Biden’s life in politics and Barack Obama’s presidency spotlight the strong empathy that each leader often displayed: Obama weeping publicly at the death of his grandmother the day before his election, weeping while he spoke of the innocent children killed at Sandy Hook, and breaking into an emotional rendition of “Amazing Grace” during his eulogy for Pastor Clementa Pinckney, who was assassinated with the members of his Bible study group.

President Elect Joe Biden has become identified with empathy for those who have lost loved ones and sharing his own struggle to deal with the deaths of his wife and two of his children. As he looks toward the Presidency of a deeply divided nation, he is often referred to with the hopeful term, “healer in chief.”

All the California State University presidents were in a Zoom meeting with Chancellor Tim White on September 18 when the death of Ruth Bader Ginsburg was announced online. Chancellor White read us the headline, and paused to collect himself, sighing tearfully. Chancellor White is retiring from his position, and when the CSU Presidents were asked to pick the words that they most associated with him, “compassion” and “empathy” were those most cited, with deep appreciation.

It is important to cite such leaders at a point when cheerless and emotionless reactions to pain, suffering, and injustice have become the face of leadership that we see too often. That face is not what we mean by “non-attachment,” and has no correspondence with strength, in our view. At the same time that we have identified leadership here with non-attachment, as we’ve said on a number of occasions and in a number of ways, non-attachment does not mean pretending that nothing unpleasant is going on around you. One would have to be superhuman or non-human not to feel unhappy when something sad or disastrous has happened. Non-attachment never means that you skip the step of feeling things or become uninvolved in questions of moral rightness. Anger, fear, and frustration can distract leaders from finding their footing amidst complex challenges, and often require the sort of non-attachment that allows for reflection and well-considered action. But sincere compassion and empathy are agents of identification, of showing ourselves and those we work with and serve that we understand and care. We cannot often make decisions or take positions that solve everyone’s problems, but we can try to connect in ways that reaffirm the critical importance of a caring community.

Emotions are important, and not only those that have a healing component: negative emotions have a purpose too. In The Secret Language of Feelings, hypnotherapist Cal Banyan reviews every major emotion, including anger, fear, and frustration and reveals the purpose of each as a kind of messenger that is trying to tell you about your relationship to the people in your life and to the world around you. Anger, for instance, tells you that you feel mistreated. Once you register the emotion you’re having, you can assess what you might do to change the operative dynamic. Do you need to create a more collegial relationship? Talk to someone who can support you? Find a new story to tell yourself? Etc. This way, you can guide yourself back into an inner state of equilibrium from which you can take well-considered action, if warranted. The goal is not to end your human tendency to feel emotions; the goal is to listen to those emotions as they arise and then figure out how to work with them constructively.

One thought on “Non-Attachment, Revisited: The Healer in Chief”