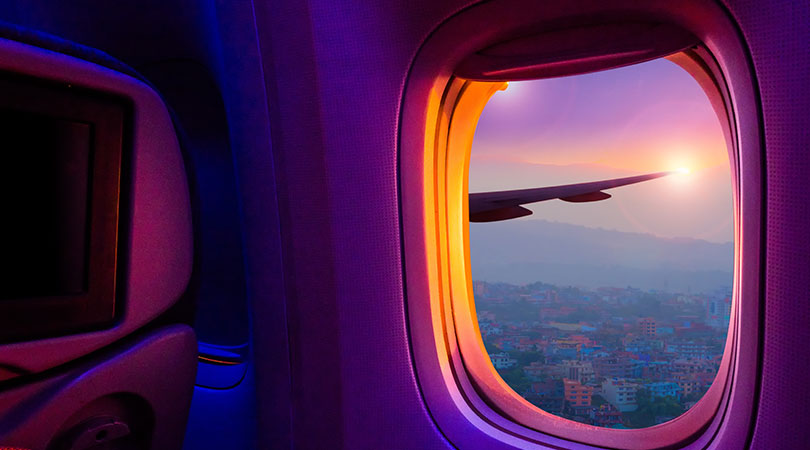 The hero’s journey, by definition, is a Big Journey, in which something with far-reaching effects is achieved through great personal peril. Classical warrior heroes such as Hercules, Prometheus, and Odysseus are known for great and brave military conquests, while fictional superheroes such as Superman, Batman, and Captain America often save the entire world from destruction. Modern historical examples of heroism, such as Joan of Arc, Audie Murphy, and Chuck Yaeger risk their lives to advance or protect society. The Big Journey is primarily an outward journey, in which the individual’s actions affect the destinies of entire cultures. Though we’re not uninterested in matters of far-reaching consequence, our focus here has most often been on the sorts of seemingly small adjustments in the mental life of the leader that matter most to his or her personal evolution.

In this regard, we’d like to remind you of the two movie characters that we’ve already discussed (in our February 14, 2016 entry titled, “Warning: Situations May Cause Desire”): Ryan Bingham (George Clooney) in Up in the Air and Don Johnston (Bill Murray) in Broken Flowers. Recall that when we meet both men, they are solitary, solipsistic figures but that by movies’ end, each has undergone a significant inner shift that involves the development of a desire to love/care about another human being.

A touching scene occurs In Up in the Air when pilot Ryan, formerly devoid of meaningful relationships, is asked to convince his old friend Jim, who has developed a serious case of wedding-day jitters, to follow through and marry his beloved. Jim has been influenced by a belief that bachelor Ryan is among the happiest people he knows, and he tells Ryan that the course of married life–from a house, children, and jobs, to losing his hair, and then dying–has made him question the point. Though the free-wheeling Ryan is naturally drawn to the idea that there is no point, he manages to save the day with an apt metaphor, telling Jim that life is simply better when one has a co-pilot. And there is a sense that Ryan–at this point in the movie–at least half-believes what he’s saying.

During the wedding and reception, Ryan and his new lover Alex (Vera Farmiga) are cozy and amorous with one another, and when Ryan later shows her his Wisconsin high school state basketball championship photo, the two kiss passionately, their once merely sporting flirtation now seeming to have developed into something more. And as Alex boards a flight home, Ryan cries out to her, “I’m lonely!”

Ryan’s loneliness becomes urgent when he attends a “Goal Quest” conference to give yet another talk about how live free of personal encumberments such as relationships with others. Suddenly, he freezes, rushes out of the room, and catches a flight to Chicago. Standing at Alex’s front door, he says, “So, I was in the neighborhood.” However, two arguing children dash up the stairs behind Alex, and a man’s voice says, “Who’s at the door, honey?” Ryan stands stunned as Alex replies, “Just someone asking directions.” Alex gently closes the door on a bewildered Ryan. While traveling home the next morning, Ryan gets a call from Alex, who wants to know what he was thinking when he showed up at her door unannounced and disrupted her “real life.” When Ryan tells her that he didn’t know she was married, and that he thought he was a part of her real life, she tells him he was only “an escape from their normal lives, a parenthesis.” She invites him to call her should he ever want to see her again and hangs up.

When Ryan hits his 10 millionth flyer mile, while in flight over Dubuque, champagne is uncorked and chief pilot Maynard Finch (Sam Elliott) congratulates him. It’s poignant when Finch asks Ryan where he’s from, and a dejected Ryan can only manage to say, “I’m from here.” He has resigned himself to being, in effect, homeless. In the final scene, Ryan enters an airport carrying a suitcase. Staring at the flights on the Arrivals and Departures board, he drops his suitcase, and in voice over says, “Tonight, most people will be welcomed home by jumping dogs and squealing kids. Their spouses will ask about their day, and tonight they’ll sleep. The stars will wheel forth from their daytime hiding places and one of those lights, slightly brighter than rest, will be my wingtip passing over.”

Up in the Air’s ending surely saddens everyone who sees it. We’re disappointed when Ryan discovers Alex is married and we’re bothered when she cavalierly reduces him to a parenthesis. Given the chemistry between the two, especially during their Wisconsin visit, and in response to Ryan’s emotional effort to claim the love of his life, we’re devastated when things don’t work out. This is because we all believe in the redemptive power of love. We truly want to see Ryan and Alex continue their relationship by transforming their affinity for travel into something a bit less solitary. Up in the Air does have a happy ending, however.  The upside is in Ryan’s conversion itself: the fact that he can now picture himself in a committed relationship. We can only hope that Ryan hasn’t given up his newly formed desire, and that he’ll become a happier traveler as soon as he succeeds in meeting it.

Broken Flowers’  Don Johnston similarly develops a desire to care for another person. Recall that retiree Don receives a letter telling him that he may have a son who is looking for him. Don initially shows absolutely no interest in this development but, convinced by a neighbor to go on a quest to learn the identity of this purported child, Don visits each of five past girlfriends. By the end of his journey, Don has no more knowledge about whether he has a son or, if he does, who the mother is, than he did at the beginning. But in the closing scenes, his encounters with two young men prompt him to imagine each as his son.

In both movies, a man who has no meaningful relationships comes to desire one.  And though neither man gets what he wants, both are better for having become converted to this healthy need. Their journeys–both literal and figurative–open up something in them of which neither had been previously aware. These movies explore just the sort of subtle inner shifts about which we’re speak here. As we say in #3 of our 4 basic premises, the bliss leader “is always expanding to include and appreciate more ways of knowing, being, and feeling, in a never-ending process of improvement.” The bliss leader’s journey is one of fine inner attunements.